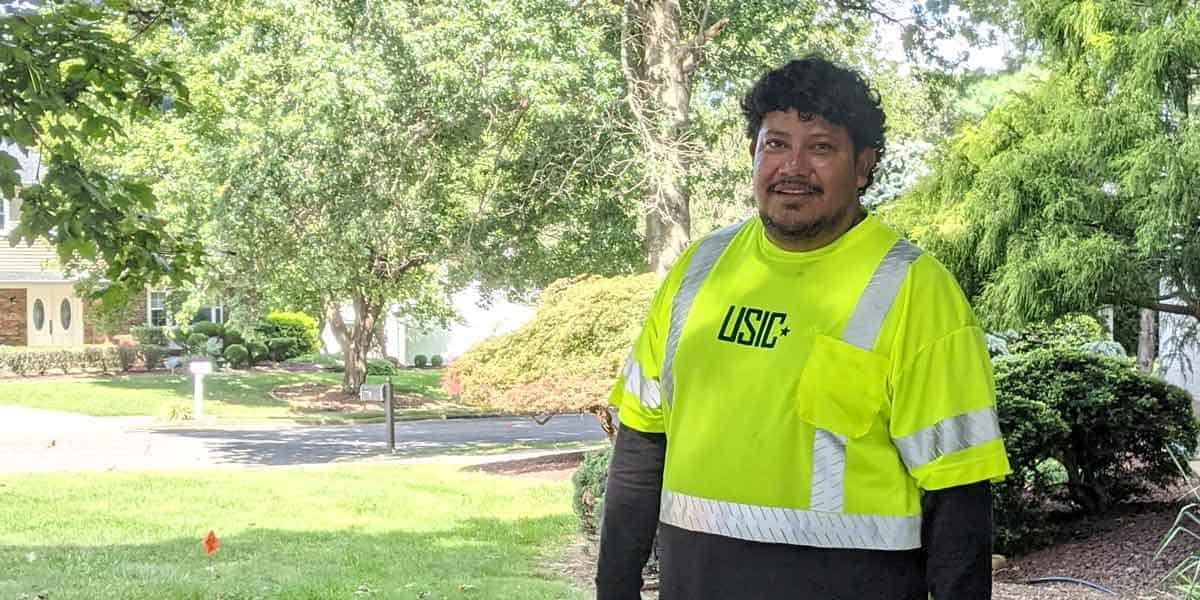 What is one to do when they are in a job they do like, but realize they hit the ceiling of how far they can go?

Well, for Marco Cervantes – the choice was easy.

Move on to something with a better future. So, that is what he did.

I met Marco on a walk around town – I struck up a conversation with him and after learning about his path, decided it would be a great inspirational story. He does not have a college degree and has had many jobs over the years – but his most recent, and one of his longest was with a shoe store where he worked his way up to shift manager.

Below is Marco’s journey.

Marco had a good job working at an Adidas store – he like his job, loved his coworkers and was pretty happy with the pay and benefits. He was a shift manager and had hoped to grow with the company.

But that was not meant to be.

When his manager left the store, he assumed the assistant manager – whom he really admired and respected – would be promoted to that positions. She knew the store, the people and was confident she would do a great job.

But, she did not get it.

They brought in someone else who was not even from the company to manage the store. This did not sit well with Marco – or the assistant manager who ultimately quit her job as well.

Marco remembered getting a business card from a customer a while back about job opportunities with a company called US Infrastructure Company (USIC). USIC offers a variety of services to help prevent damage to underground utilities and works throughout the US and Canada.

The gentleman who gave him the card told him to call him if he ever needed a change. He called – and that is where things changed for Marco.

He joined the USIC team just a couple of months ago and is still in training, but he feels much more confident about his future. Below is Marco hard at work – well, except for me bugging him for this interview!

He works as a utility locator which means he is responsible for finding underground utilities. This can include phone, electric, gas, cable, water or sewer lines and systems.

He spends his days using special equipment to find where the underground systems are and marks them with flags or paint so others can be aware of the locations when they need to dig or do work.

While he did take a fairly decent pay cut – he is confident that the future growth will make up for it.

The starting pay – in NJ is $17 per hour, which is what he is currently making. This is the pay during the training period. He will receive an increase after the training period and then other growth opportunities will further improve his pay.

He loves that he gets to work outdoors and that the company provides a vehicle for him to get around. There are great benefits, overtime opportunities and a great career path program to help him grow.

Marco does have a family so all of these benefits are important to him! He is getting quite a bit more than he was at the shoe store, so this was definitely a big bonus.

Oh, and if you are wondering where the assistant manager went – she wound up taking a warehouse manager job at Arizona Iced Tea and is much happier – and making more money.

NOTE: If you decide to apply for a job with USIC, please mention “Marco Cervantes”! One of the other bonuses is that the company will reward employees if they bring in new hires.

Fuel Your Brain
Subscribe to Blue Collar Brain for updates on job opportunities, career inspiration and tools to help you succeed! We’re just getting started, so please check back often for updates!